Today, as every year in Viêtnam, my volunteer work for Aide au Viêtnam, a Luxembourg based NGO, of which I am a Board member and project leader, began, by visiting the first of our many aid projects in Viêtnam: The House of Te Phan.

The House of Te Phan, is a catholic operated orphanage, located in district 3 of Ho Chi Minh City. Under the care of Fr. Binh and Sr. Minh Thu, the orphanage provides accomodation for around 80 children of all ages, many of them with severe physical and mental handicaps. Often abandoned on the doorstep of the orphanage, the children issue from either mothers that are drug addicts or have to work on the streets of HCM, selling the only thing they possess, their body; or from very poor families, that are not capable of providing the necessary care for the children.

Aide au Viêtnam with the help of the MBP-Foundation Luxembourg, has been supporting Te Phan for 4 consecutive years, since 2016, by taking over a major part of the running costs of The Phan, noteably food, medical aid, education and school material, as well as housing, electricity and water costs.

Te Phan, founded in 1985 by Fr. Binh, is not run like a classical orphanage, but rather as a family, where the former residents, who have become adults and have found a way to make their living, return to Te Phan in their spare time to help out. Many of the children are mentally handicapped or suffer from illnesses, such as: blindness, deafness, epilepsy or the aftermaths of the infamous “Agent Orange” (a powerful dioxine, sprayed by the US Air force during the Vietnam war). They all need a lot of love and attention.

Formerly a small, damp house, not designed for the accomodation of around 80 children, Te Phan has undergone major infrastructural modifications during the past 2 years. As Te Phan receives no governemental aid, it had to rely entirely on the goodwill of the house owner and private donations to perform these changes. However, the changes have resulted in Te Phan becoming a home, where the kids are able to grow up in human dignity.

As far as possible, the children all visit regular or special school classes. Music and arts are also taught. Many handicapped kids have developed extraordinary skills. Nhi, a blind and epileptic girl of 17 years has already given piano concerts in Singapore and Hong Kong. She is also an accomplished singer.

Food is very important! If before, the children had to settle down for a bowl of rice a day, in order to make ends meet, they can now, thanks to Aide au Viêtnam enjoy a wellbalanced diet with meat, milk, vegetables and fruit. Healthier kids learn a lot better.

For 2019, Aide au Viêtnam in addition to aid in the running costs of Te Phan, is also providing kitchen furniture and safety devices for Te Phan.

Nevertheless, the running costs of Te Phan (Food, medical aid, rent, electricity, water and education) amount to around 50.000 € (56,000 US$) annually. As already mentionned, Te Phan does not receive any governemental aid, and depends entirely on private donations. As all children in this world, the kids of Te Phan deserve to grow up in human dignity.

Meeting up with them each, year, and noticing their development, is truly a very rewarding feeling ! » 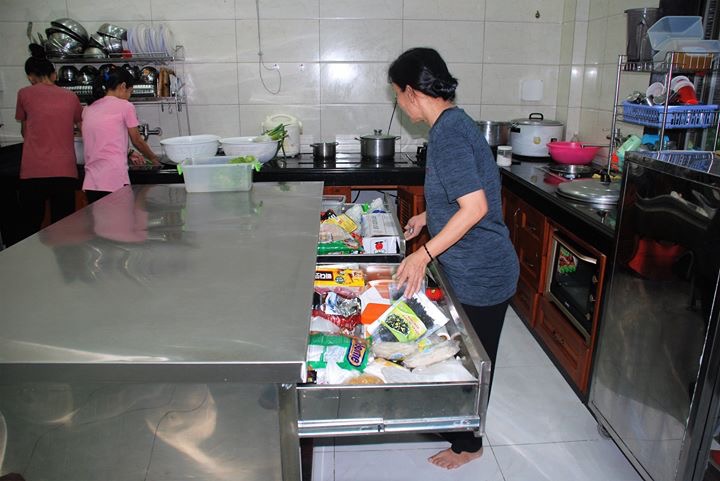 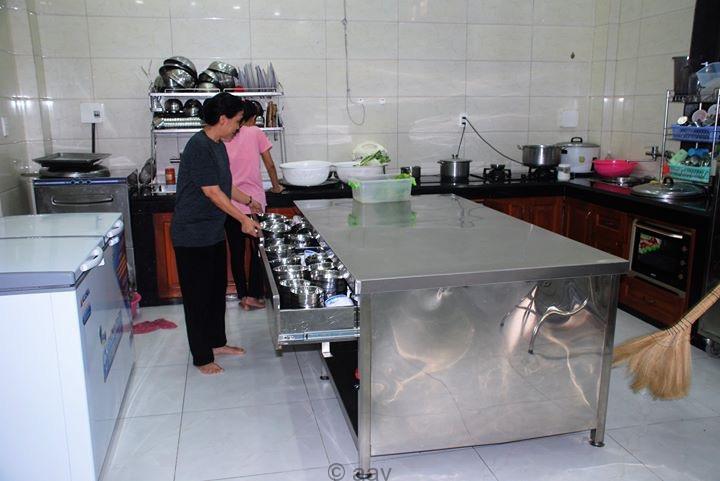